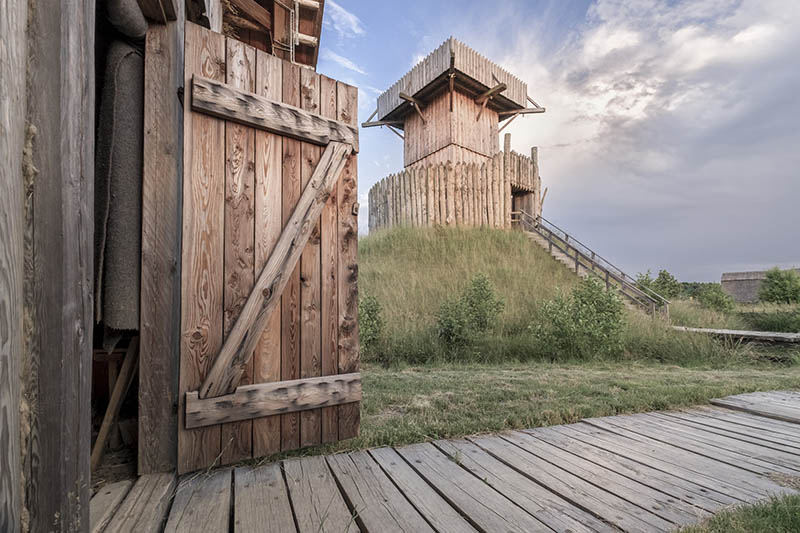 Little is known that in Town called Bärnau was built the the biggest interactive museum in Germany about life in the Middle Ages. The place Bärnau has a symbolic meaning - it is the oldest town in the district of Tirschenreuth, in Bavaria, Germany. It is situated near the border with the Czech Republic, 25 km northeast of Weiden in der Oberpfalz and it is in the middle of The Golden road - a ancient path through Bohemia to Germany. This "Golden Road" between Nuremberg and Prague is part of an almost 1,000-kilometer-long political route from Breslau via Prague to Frankfurt am Main and onward to Luxemburg. In the 14th century, the Golden Road brought prosperity as a trading route, both to the cities and villages along the way, as well as the regions between Nuremberg and Prague. The road also offered safety for travelers, as armed escorts were provided by the emperor. During his 32-year-long reign, the Emperor Charles IV traveled on the "Golden Road" between Bohemia, Nuremberg, Würzburg and Frankfurt 60 to 74 times and had a little stronghold for rest just in Bärnau. 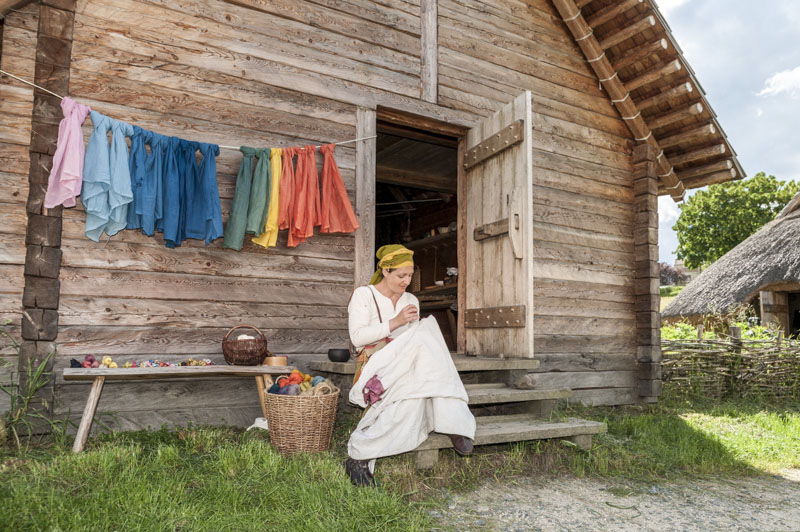 The Bärnau-Tachov History Park is a lively and interactive museum, offering every visitor an entertaining, educational, and authentic experience of discovery about life in the Middle Ages. The museum also offers various opportunities to actively partake in various events and workshops. These include the chance to try a hand at archery, mud architecture, or building a fence. The museum is truly bursting with history. We recommend to take a journey through time and discover the day-to-day lives of humans during the Early and High Middle Ages, in a period spanning the 9th to the 13th centuries. Visitors to the Bärnau-Tachov History Park can stroll through an Early Medieval-era Slavonic village, climb up to an imposing 11th century motte-and-bailey-type castle, and also visit a High Middle Ages-era settlement. The history park is an ever-evolving project, with new sites continually coming to fruition. Which means that visitors can also look over our shoulders and observe the construction of the latest historical recreations. 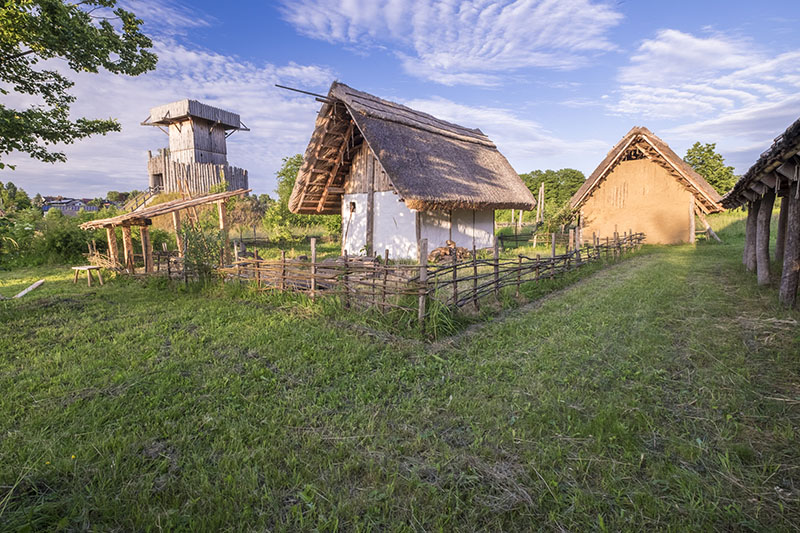 The Bärnau-Tachov History Park was founded, and is operated by, the Via Carolina – Goldene Straße, e. V. (eingetragener Verein, or registered association). This association is oriented towards cultural exchanges between people in the Upper Palatinate district (Oberpfalz) of Bavaria and the Czech Republic. The association was founded in 2010 by a group of Bärnau locals already actively engaged in matters relating to the region and the promotion of international understanding. Such activities include organising medieval-themed festivities, theatre associations, and work within Bärnau’s town council. The founders of the Bärnau-Tachov History Park conceived the museum as one which presents the history and cultural development of the region via the direct recreation of medieval life. The wider aim of this project is to raise awareness for people of all ages of the concept of living in a unified Europe. 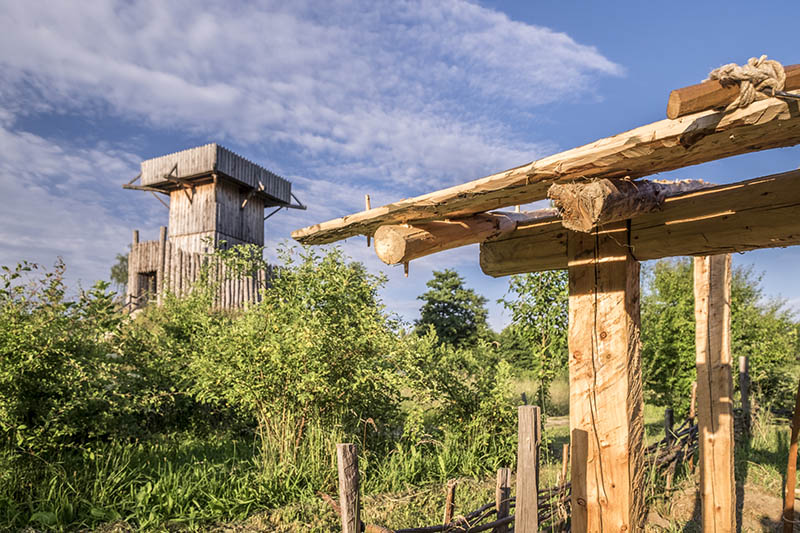 Whether visiting in a group as part of a club or association, as part of an organised company outing, or as a group of young people, Bärnau-Tachov History Park is delighted to offer a custom-tailored programme featuring a guided tour, refreshments at the museum restaurant, and the opportunity to partake in numerous activities such as archery. Expert guides offer visitors an engaging and detailed tour of the History Park’s various exhibits, painting a fascinating picture of life and work in medieval times. Tours last approximately 90 minutes. The History Park also offers custom-tailored guided tours focused on specific areas of historical interest 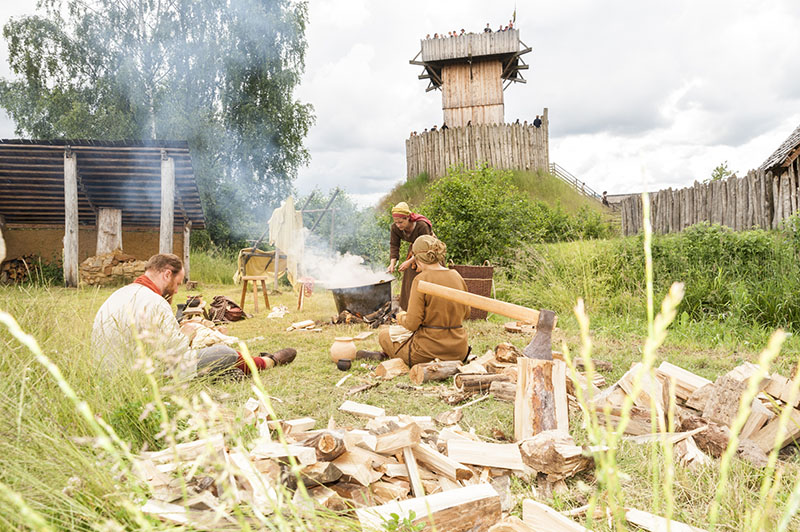 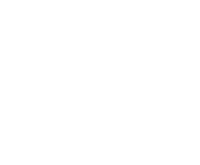 Subscribe for our newsletter and get the latest news about learning german!
We are posting regularly free learning material on our social media: 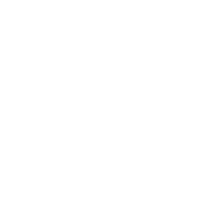 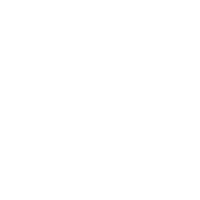